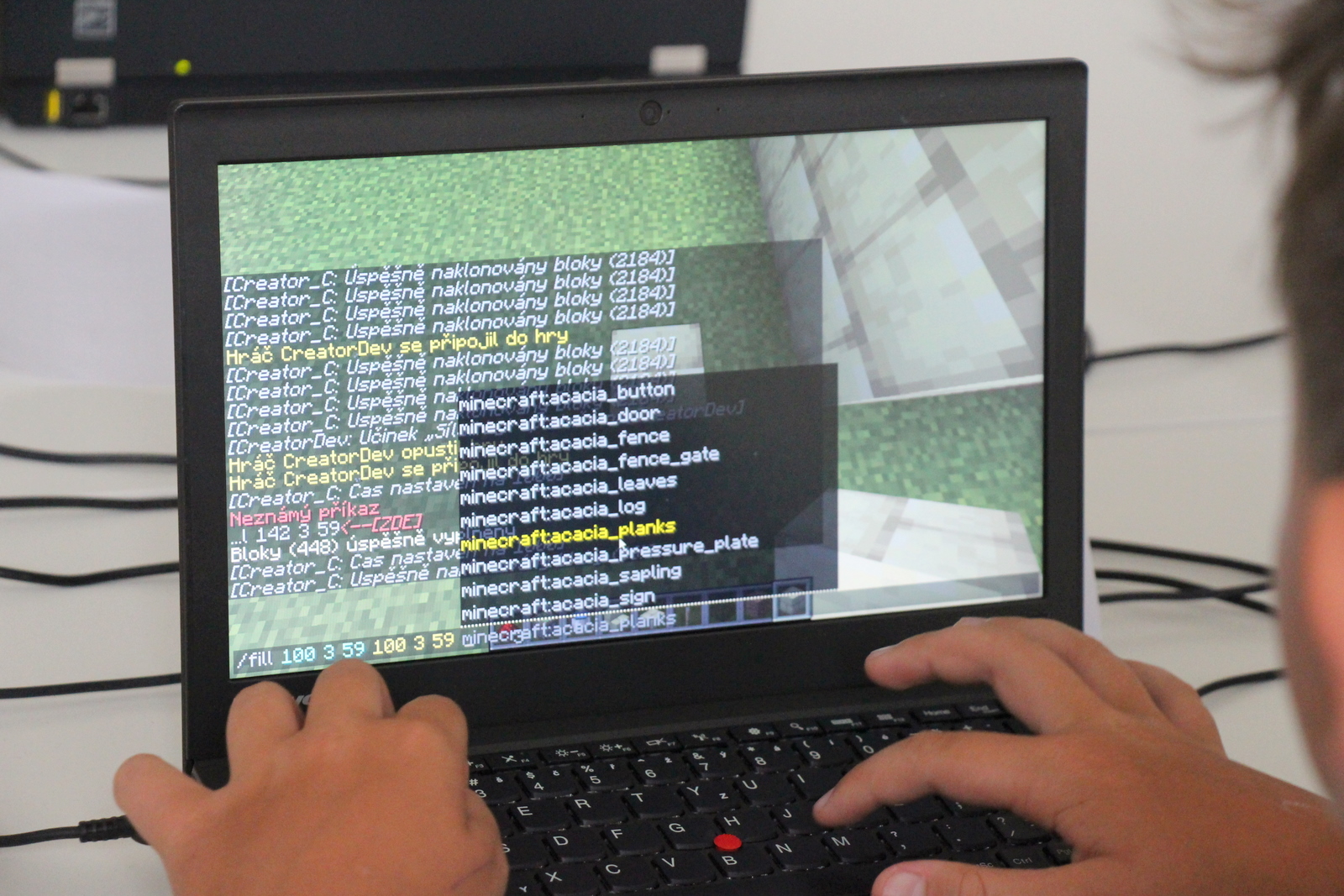 Our next Minecraft suburban education camp is over. The children once again performed miracles. The topics were the same: Smart farming and Smart living, or how to solve everything in the future in an environmentally friendly, fast, cheap and unnecessary way, wasting and polluting our planet.

The teams came up with great ideas and a solution. Some were similar and some were quite original and unexpected.

The future belongs to entertainment

For example, the theme park of the future. The guys invented this concept perhaps because they were the youngest and as we know, kids like to have fun. They certainly did not forget the future when robots would do everything for us. So what is left for people? Yes! Entertainment. That means there must be a place to have fun. Even though they were just having fun, they’ve learned something. After all, to program sky wars or laser games in Minecraft is quite a job.

Other concepts were a house farm or a smart integrated city. This is definitely a great solution for transport in the future. The boys invented the automation for fields sowing and harvesting. The harvested crops then travel through their programmed sorter to the store and to the house where they are stored in the warehouse. A&nbsp;clever solution to prevent pollution in the form of exhausts and greenhouse gases from trucks, ships or aircraft. This will save you time and money on shipping and make food much more fresh without the need for chemistry. In addition, the smart city was supplied with energy from hydrogen, the houses were printed by 3D printers and there were also spaces for rest and entertainment.

The projects had a clear plan

In just five days, the teams managed to drive their way from the project kick-off to the final presentation on Friday. After watching inspirational videos, everyone thought about what they wanted to do, on Monday. Five teams were created after the presentations. Towards the end of the day, the teams prepared a concept and started building as fact as they can on Tuesday. They drew up a plan with a concept of what they had already done and what they would need to work on. Automatation, which was very difficult, came up on Thursday. After a while, the details were tuned. During Friday morning teams worked 100%. They made and edited videos in English and then prepared a final presentation, which was finally presented to invited parents. After hilarious presentations, which were awarded with huge applause, all that remained was to hand over the certificates and the camp was over.

The teams have lots of fun and have done a huge amount of work. We hope to meet in the future for some big project. That is Program for creators.