The first hydrogen season is over

We launched the Hydrogen automotive challenge H2AC (racing RC hydrogen cars models ) in January 2019. The sponsor of the historically first hydrogen car team was the Správa informačních technologií města Plzně. Students from Pilsen’s INFIS, SPŠE and SOUEP joined the program. Involved high school students very quickly had to build the first version of a hydrogen powered car. During the construction, the students discovered the key features of the hydrogen-cell electric vehicle (FCEV), where and how electricity is taken from fuel cells in combination with batteries. Understanding the basics and successfully assembling the first version of the car allowed them to participate in their first races in Brno at ISŠA Brno, where they gathered valuable experience and inspiration to improve the model. Hydrogen car races are endurance with a limited amount of hydrogen and batteries. So it is all about saving energy during the whole race. The key to success is maximizing the use of hydrogen in both cartridges and batteries, and according to this state, to plan pit stops correctly.

Knowing the state of hydrogen and battery consumption is crucial

The Horizon Grand Prix (formerly H2AC) final races are 6 hours with a limit of 20 hydrogen bombs and 4 sets of batteries. The team came up with a proposal for remote measurement of both hydrogen and battery consumption, so that they could accurately manage boxing stops and replace hydrogen cartridges and batteries. The SIT Port Garage provides the workspace for the team to do  all improvements. After completing all the preparations, the Pilsdrogen (Pilsen-hydrogen) team set out for the national final – Horizon Grand Prix – in Ostrava. Although the boys were finished at last position, they fought until the last drop of hydrogen. In addition to the jury’s appreciation for the technical solution of remote consumption metering, the guys have gained enormous experience.

Preparing for a new hydrogen season

We organized an exhibition race in Pilsen as part of the Dronfest 2019 at the very end of the season. A total of 5 teams from Pilsen, Hubálov and Kutná Hora secondary schools competed there.

As some of the Pilsen’s team members started their studies at university, it is necessary to add new high school students to the Pilsdrogen team for the upcoming season.

You can see the racing hydrogen car for example at DVT 2019 in Pilsen, where you can also join the team and shine next season.

And now some technical details …

Team members: David Žahour, Jan Kucera, Patrik Vacal, Jakub Kolar and Michal Klecka.
What did the boys learn and create in the project?

Finally, our lessons learned, in other words, what to do in the new season: 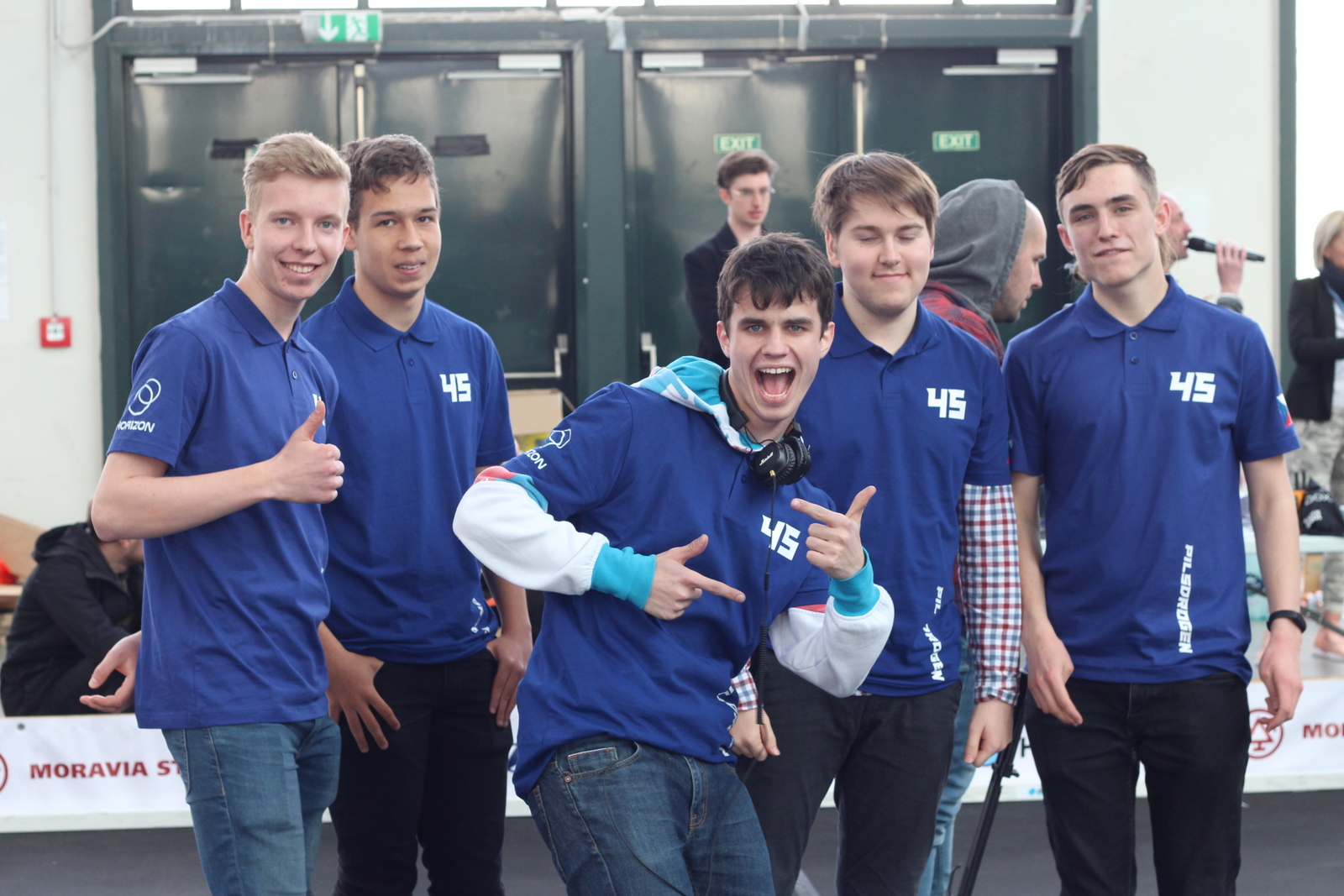